Warning: ini_set(): A session is active. You cannot change the session module's ini settings at this time in /home/customer/www/landshorewater.com/public_html/admintools/_classes/session.php on line 13

Jennie Bricker was admitted to the Oregon Bar in 1997 and to the Washington Bar in 2006. She served as judicial clerk to Ninth Circuit Court of Appeals Judge Otto R. Skopil in 1997 and 1998. Until the end of 2013, she was a partner at Stoel Rives LLP, a large law firm headquartered in Portland, Oregon. She opened her own small practice on January 1, 2014, called Land & Water Law.

In 2018 and 2019, Jennie joined Harrang Long Gary Rudnick P.C. as an of-counsel attorney. She continues to work with Harrang Long, part time, to serve clients involved in litigation. As of January 1, 2020, she reopened her own practice as Land Shore Water Legal Services, LLC.

Jennie represents both large and small clients, individuals as well as businesses, on matters that focus on property, shorelines, water, and waterways. 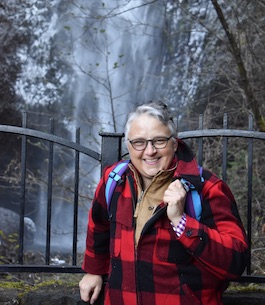 And maybe there will be,
after all,
some slack and perfectly balanced
blind and rough peace, finally,
in the deep and green and utterly motionless pools after all that
falling?