Jennie Bricker is an experienced attorney licensed in Oregon and Washington. Her practice focuses on the land, the shore, and the water—and the laws and regulations affecting them. See a list of representative projects…more

Jennie Bricker is a natural resources attorney with expertise in obtaining permits for projects that affect waterways and wetlands. She is also an experienced water law attorney…more

Oliver Wendell Holmes was a United States Supreme Court Justice from 1902 to 1932. He once said “a word is not a crystal, transparent and unchanging, it is the skin of a living thought.”

In essence, the law is the business of words and meanings. A contract, a deed, a will: all of these documents change the legal relationships among people, creating obligations and benefits, assigning risk. Maybe that explains why archaic words hang on so ferociously in legal writing.

Five hundred years ago, “livery of seisin” was the ritual required to convey property. The buyer and seller met on the site, in front of witnesses. The grantor (seller) handed the grantee (buyer) something from the land, a piece of dirt or a twig. The term “seisin” lives on in the language of the law. You might see this language in someone’s Last Will and Testament, for example: “all property of which I die seized.” In that context, “seized” means “having ownership and possession.”

The more common meaning of “seize,” to grab something, shares the same Old French origin: to take possession of.

And why is the document called a “Will and Testament” instead of just a “Will”? It’s not because lawyers get paid by the word (although sometimes it seems that way). “Will and Testament” has good company in pairs of legal terms that mean about the same thing, like “cease and desist,” “grant and convey,” “null and void,” or “covenant and agree.”

The blame lies with William the Conqueror and the Norman invasion of Britain in 1066. The English language, Anglo-Saxon, was invaded, too, by Norman French. Most of those pairs of legal words are a relic of the conquest: an Anglo-Saxon word and a Norman French word, written together to make an important legal concept clear to everyone at a time of linguistic uncertainty.

By 1884, when the first installment of the Oxford English Dictionary was published, the goal was to explain all the meanings, through history, of all English words. A mathematician at Christ Church College, Charles Lutwidge Dodgson, was indirectly involved in the effort, and his much-loved word puzzles, called “word ladders” (a Victorian version of “Wordle”), appeared regularly in Vanity Fair. But Reverend Dodgson was most famous for writing Alice in Wonderland and Through the Looking Glass under his pen name, Lewis Carroll.

Humpty Dumpty, one of Carroll’s most famous characters, had strong opinions about language:

“When I use a word, it means just what I choose it to mean—neither more nor less.”

Our hero, Alice, is skeptical:
“The question is,” said Alice, “whether you can make words mean so many different things.”

“The question is,” said Humpty Dumpty, “which is to be master—that’s all.” 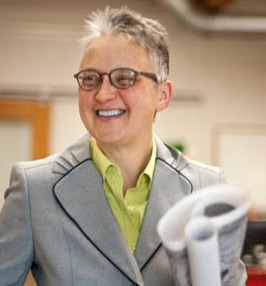